The CDC is warning the public to stop buying e-cigarettes of the street or “further manipulate them in ways not intended by the manufacturer” as it investigates an outbreak of illness and death associated with vaping. (Sept. 18)
AP, AP

When Juul Labs and Pax Labs split from one company into two in 2017, they seemed destined to reach new heights.

Juul would conquer the e-cigarette industry. Pax would dominate the marijuana vaping business.

Their fortunes, however, quickly diverged. Juul found itself under fire for its alleged role in getting kids hooked on nicotine after pitching itself as a safe alternative to cigarettes; Pax largely escaped scrutiny as the burgeoning cannabis market made the company irresistible to investors.

But that honeymoon period might be ending for Pax.

Less than six months after backers plunged $420 million into Pax, the San Francisco-based company that makes vaporizers and empty pods is staring down a national health crisis that threatens to engulf both companies.

Is your clunker ready to be junked? When’s the right time to replace your old car? 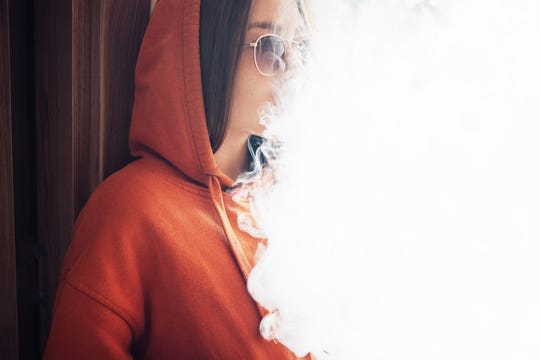 Federal authorities are tracking an outbreak of vaping-related lung illnesses, about 75% of which have been tied to products containing THC, the main psychoactive ingredient in marijuana. Authorities say half of the THC products tested so far also included vitamin E acetate.

There’s no proof any of Pax’s products have caused injuries. Its vaping devices are shipped to preapproved suppliers who fill the pods with cannabis leaves or oils, including THC products, to be vaped.

“No PAX products have been involved in any of these cases,” the company said in a statement on Sept. 11. “While the cause is yet to be determined, none of the brand partners who fill and distribute our pods use Vitamin E acetate in PAX formulations, and all pods are subject to rigorous state regulatory compliance and testing. We select our partners with careful diligence.”

But on Oct. 4, the Food and Drug Administration advised Americans to immediately cease vaping THC products of any kind, including items bought from seemingly trustworthy companies.

The agency also advised people not to “modify or add any substances such as THC or other oils to products purchased in stores.”

Those recommendations thrust the company’s business model into crisis mode, said Marianne Udow-Phillips, executive director of the University of Michigan’s Center for Healthcare Research and Transformation, which uses data analysis to advise policymakers and practitioners on health issues.

“There is great risk for Pax right now,” she said. “The problem is that we don’t really know yet – the science isn’t there – what is causing all these illnesses.”

Pax has a lot at stake. The privately held company’s annual revenue is about $262 million, according to S&P Global Market Intelligence. Pax said last month it had sold more than half a million devices used to vape “oil concentrates,” which include products containing THC. In April, the company was valued at $1.7 billion, according to investment tracker Crunchbase.

Facing questions over the exact nature of the illnesses, Pax announced the formation of a “health advisory board” in late September.

“Amid growing concern about the risks – and prevalence – of illicit cannabis, our top priority at PAX remains consumer safety,” the company’s newly appointed CEO, Lisa Sergi, said in a statement Sept. 25, days after the sudden departure of CEO Bharat Vasan. 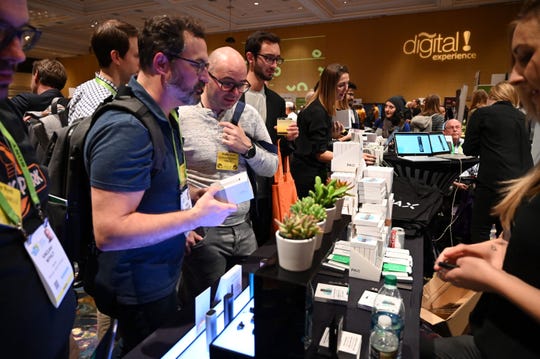 Pax says only preapproved “brand partners” are authorized to provide vaping liquids or flower for its devices. But social media reports and videos unearthed by USA TODAY show some users are hacking Pax products to use their own homemade THC oils.

In one YouTube video with more than 56,000 views, a user named “Vape HowTos” demonstrates a technique on how to use oils that were not intended for the Pax Era.

“You can save money by refilling your Pax Era Pods instead of buying new ones,” Vape HowTos says in a description accompanying the video. 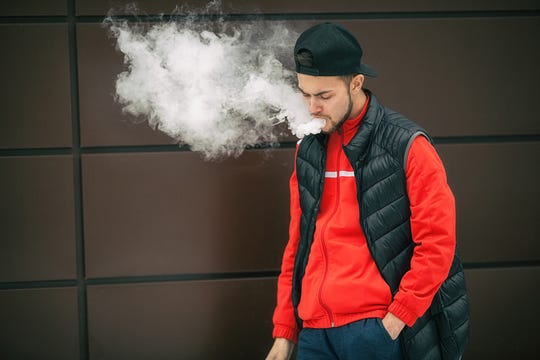 Lung illnesses tied to vaping appears to be related to THC products, according to the Food and Drug Administration and the Centers for Disease Control and Prevention. (Photo: AleksandrYu, Getty Images/iStockphoto)

Robert Jackler – a vaping watchdog and Stanford University professor and otologist-neurotologist who specializes in complex ear diseases – questioned how Pax could reach the conclusion that its products have not been tied to any illnesses.

“We don’t know whether Pax pods are injuring people,” he said.

Dianne Gleason, head of communications for Pax, declined both an interview request from USA TODAY and an offer to respond to written questions.

Instead, in response to a separate question on the nature of the Juul spinoff, she provided a statement on “significant misreporting” about the move. She said the former Pax Labs Inc. changed its name to Juul Labs Inc. on June 30, 2017, and concurrently spun off its marijuana business as a separate company that assumed the name of its predecessor, becoming the new Pax Labs.

“Since it spun off PAX in 2017, JUUL has not held any ownership interest in PAX, and the companies have operated as completely separate entities,” Gleason said.

PAX Era, good vibes, and the sunset.
That’s it, that’s the tweet. pic.twitter.com/4Y0OvUBySz

When the spinoff occurred, there were no indications of an outbreak ahead. But in recent months, lung injuries tied to vaping have killed at least 26 people and sickened 1,299 as of Oct. 8, according to the Centers for Disease Control and Prevention.

The agency said on Oct. 4. that the majority of patients who got sick from THC vaping did so after using “prefilled cartridges obtained from informal sources.”

The CDC also specified its data is unclear on whether the cause is “THC itself or a substance associated with prefilled THC cartridges, such as a cutting agent or adulterant.”

Pax has largely escaped scrutiny as watchdogs and federal investigators primarily trained their sights on Juul and other nicotine-focused vaping companies. (Juul is now facing a criminal investigation and a potential federal ban on nicotine vaping flavors.)

“These tragic illnesses are focusing legislative attention on nicotine e-cigs,” Dr. Scott Gottlieb, a former Food and Drug Administration commissioner, said on Twitter last month. “At what point do they also instigate efforts to reign in dangerous THC and a proliferation of unregulated cannabis vape products, especially national brands of CBD vape hardware?”

On Friday, Gottlieb singled out Pax for its role in “instigating” the vaping of TCH.

“The device isn’t what’s killing people, it’s what’s in the liquids. Why the devices are significant is that their promotion is popularizing the activity of vaping THC,” he said in a text message to USA TODAY. “Pax spends a half a billion marketing devices for vaping THC (and) guess what happens? More people vape THC.”

Pax did not respond to a request to comment on Gottlieb’s statement.

These tragic illnesses are focusing legislative attention on nicotine e-cigs. At what point do they also instigate efforts to reign in dangerous THC and a proliferation of unregulated cannabis vape products, especially national brands of CBD vape hardware. https://t.co/u3zM9NMsT0

What are pods filled with?

On May 2, 2018, then-Pax CEO Bharat Vasan took the stage at a Milken Institute conference in Beverly Hills, California, to discuss the company’s booming opportunity in marijuana vaping.

Vasan was careful to note the company was only making the technology that enables consumers to vape pods filled with cannabis leaves or oils.

That’s because marijuana continues to exist in a murky legal state: legal in some form in 39 states as of September 2019, according to workplace compliance firm Disa Global Solutions, but illegal federally. The arrangement allows the company “to deliver a good experience without the complexity of trying to figure out exactly what the pods are filled with,” Vasan said.

While Pax only authorizes certain providers to supply cannabis products for its pods, consumers have figured out ways to hack the pods to insert their own blends. In one YouTube video, a user named Stoner Stuff shows how to use a syringe to refill Era pods with THC oil from other sources.

Pax pod-hacking is especially concerning to health experts because the ramifications of vaping marijuana are still poorly understood.

He rejected the suggestion that Pax should escape blame for people misusing its product because the company “had no idea” this could happen. 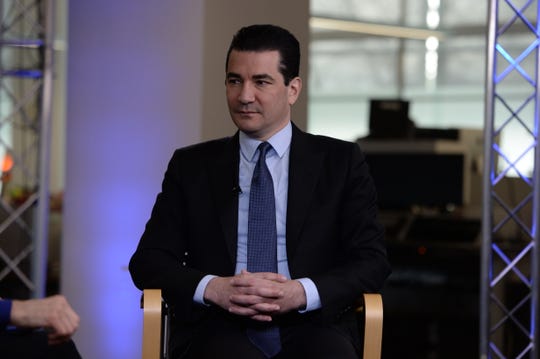 “Leading PAX and driving its mission to establish cannabis as a force for good, has been the privilege of a lifetime,” he wrote.

What are long-term effects?

It’s not fair for anyone to suggest Pax could be responsible for lung illnesses, said Pax and Juul shareholder Kurt Sonderegger.

“It’s pretty clear this is from black-market THC cartridges,” said Sonderegger, who once served as vice president of marketing for Pax Labs. “I don’t think there’s any real problems” with Pax products.

The CDC said Oct. 10 that “no single product or substance has been linked to all lung injury cases” but warned users to steer clear of THC products altogether “to avoid potentially harmful effects.”

It can take six tries for a child to quit vaping. Here are three key signs your kid might be vaping.
USA TODAY

Erika Sward, assistant vice president of national advocacy at the American Lung Association, said one concern with vaping “is that it may be an accumulated impact” from long-term use. “The dangers of inhaling chemicals in your lungs” should not be underestimated, she added.

In its statement introducing the health advisory board, Pax pledged to explore “vaporization safety, mental health and medical applications,” and noted that it “PAX Labs does not manufacture, produce or sell cannabis.”

But Scott Schlesinger, a lawyer who has sued Juul and Pax on behalf of teenage clients, said the issue with Pax is “they look the other way and (say), ‘Here, you fill it’” to avoid legal scrutiny.

Rejoice 710 With These Concentrates in Washington

Can Cannabis Be Detected in an Autopsy?

How Extended Does A Cannabis & Weed Higher Final?